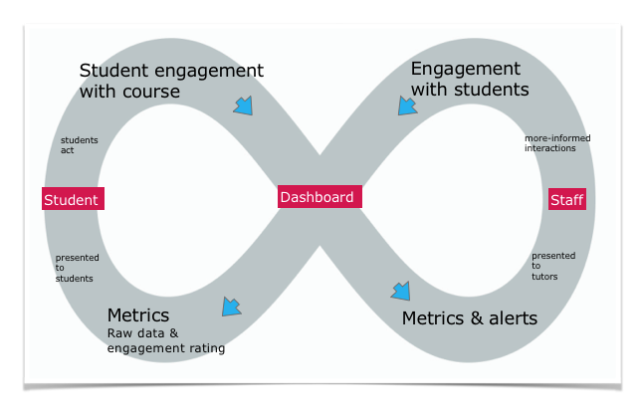 However, we’ve recently uncovered something interesting about how male and female students perceive the Dashboard that I think requires further consideration.

Remember the blue dress meme from 2015?

For a few weeks the photo on the left circulated throughout social media with people debating whether or not the dress was blue/ black or white/ gold. For what it’s worth, it’s apparently definitively blue/ black. 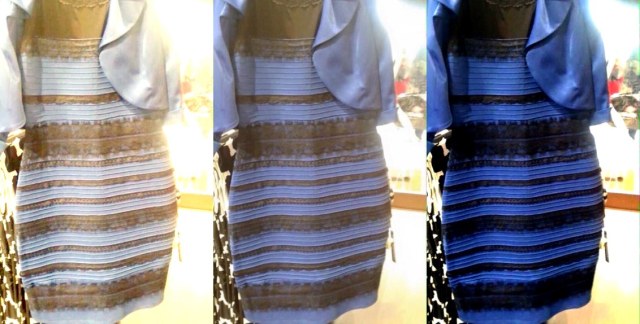 The blue dress meme is interesting on lots of levels (subjectivity of perception, how difficult it can be to comprehend another person’s perspective, but also how utterly convinced we are that we are ‘right’).

I’ve blogged before about how data is probably less good at changing behaviour than we might like. I’d like to return to the theme. One of the problems for learning analytics is that we are all likely to see the same data and place different meaning on it. This difference might be very large for male and female students.

We’ve noted before in our HERE Project work that men and women are very different in the way that they perceive the risks of early departure. In 2011, we wrote about some of the differences between male and female students’ experiences in a chapter of Male access & success in Higher Education: a discussion paper. The typical male respondent regarded their studies quite differently to the typical female respondent.

Only 44% of male students reported that they had worked hard so far in the year, compared to 62% of female students.

We also asked about how students reacted to the Dashboard. In 2018, 61% of students felt  ‘confident’ or ‘very confident’ after logging in to the Dashboard and 55% felt ‘motivated’ or ‘very motivated’. However, males were more confident after logging in than their female peers (65% compared to 58%) but were less motivated to study further (53% compared to 63%). What makes this more fascinating is that male students typically have lower engagement than their female peers, are more likely to drop out early and less likely to achieve good grades.

On average then, male students appear to be taking flimsier evidence that they are doing well as confirmation that they are going to be fine.

I find this fascinating.

One thought on “Problem? What problem?”